Unearthing Secrets of the Mafia 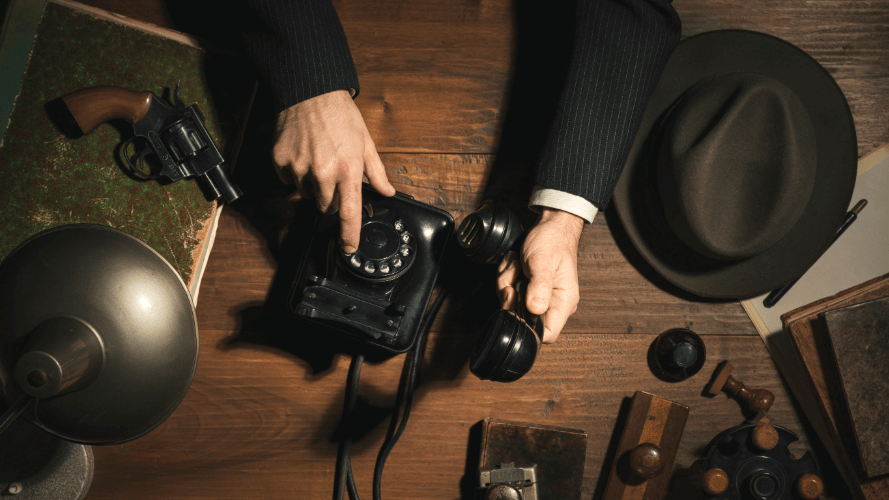 When you hear the word “Mafia,” chances are that you don’t envision a roomful of seniors talking about memories from mob-owned restaurants/clubs across Denver (including Gaetano’s). But our state has a rich bootlegging and racketeering history, and one that lives on in the stories of mafia historian Tom Hackett, and others who remember the heyday of Colorado’s Cosa Nostra. Hackett, who has studied the mob for more than 30 years, recently presented about the rise and fall of Cosa Nostra in Denver to a riveted audience at Clermont Park Life Plan Community.

The seminar (also streamed online as a FB Live webinar) was part of Clermont Park’s ongoing series featuring speakers from all walks of life and a variety of experience.

“Al Capone was the top boot legger in the country, and he had connections with folks in Denver, Hackett explained. “He worked with Coloradans connected to the mob to get booze into the area and usually dined at the north Denver restaurant Aiello’s Italian Kitchen.”

Over the next hour Hackett delved into the stories of Pete Carlino, Joe Roma and the Smaldones — several the city’s most colorful crime leaders and families — provided insight on the Mafia family structure; explained the transition from bootlegging to racketeering; and uncovered historic secrets about the sites of notorious mob hits in our area. What eventually helped bring down the Smaldones and their associates was technology – in the form of a bug. Federal authorities planted a bug (some say illegally) in a basement office of Gaetano’s restaurant, where the Smaldones and their associates broke bread and planned to break the law. Eventually, many racketeers were captured, and the bug’s recordings were used to prove their guilt — leading to the end of a strong Mafia presence in the Denver area.

“A lot of names came up that ring a bell,” shared Clermont Park resident Earl Lammers, who attended the session in-person with his wife, Carolyn. Both residents grew up in the Denver area and used to read about the gangsters in the newspaper, but a lot of the details of Hackett’s lecture were new and eye-opening. “We lived the quiet life in Denver,” Lammers explained. “I was just a teenager at the time and had no real idea all this was going on at the time.” As it happens, one of the very restaurants the couple used to enjoy — Little Horse Country Club on Santa Fe — lived its life as a Mafia establishment before turning into a restaurant later on.

As Denver grew, places like Little Horse Country Club and Aiello’s Italian Kitchen closed down, but Gaetano’s is still serving some of the same Italian cuisine it did in the late 1940s, now under the direction of owner Ron Robinson.

Knowing the history of Gaetano’s, Lammers and others at Clermont Park plan on paying the historic restaurant a visit, while looking forward to additional speaker session opportunities down the road, like the history of Japanese Internment Camps in Colorado. Anyone interested is welcome to follow and join future seminars on Clermont Park’s Facebook page.

Clermont Park Life Plan Community has been providing quality services and care for older adults in the south Denver metropolitan area since l972. If you are interested in learning more, visit www.clermontpark.org or call 720-974-7275.

WATCH VIRTUAL EVENT: History of the Mafia in Denver

Creating Back Up Plans – When Retirement Takes A Turn, Part 1

When Retirement Takes A Turn – Part 2