Partnering in Care: Perspectives from a Clermont Park Nurse 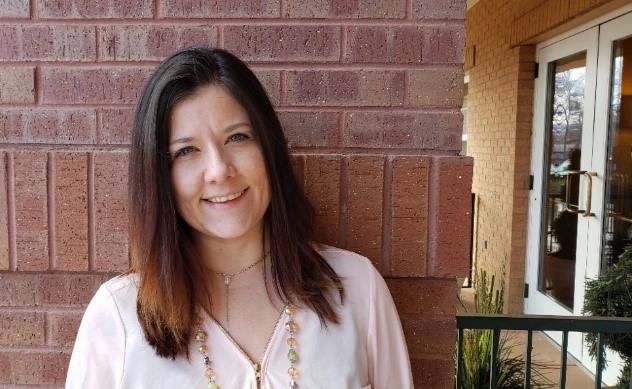 For the second year, the American Nurses Association recognized the outstanding contribution of nurses by extending the previously-observed Nurses Week to a month-long tribute. May was Nurses Month, a time when we reflected on and celebrated the amazing people who serve Clermont Park residents each and every day.

One such person is Kiley Rowe, Clermont Park’s Interim Associate Executive Director. Prior to stepping into this role, Kiley first joined the Clermont Park team as a Certified Nursing Assistant (CNA) and later became a Registered Nurse (RN), partnering in care with residents and their families.

While Kiley had always been the “nurse” of the family, that role became more defined when her father was diagnosed with cancer. “I put my job on hold and lived with him in order to care for him during the final steps of his journey,” Kiley shared. “While he was in hospice care, I was both amazed and horrified at different aspects of the care that he received.”

Some of her father’s care partners were following their calling, embracing the roles they played in providing care and love during that time in his journey. However, a few instances shook Kiley to her core. Determined to be a partner in care with others during their own journeys, she decided to pursue a career in nursing, starting with the CNA certification and leading to her first role at Clermont Park.

“I found an amazing place to call home at Clermont Park,” said Kiley. One thing that made Clermont Park stand out to Kiley was our Eden Alternative philosophy, which upholds that no matter our age or what challenges we live with, life is about continuing to grow, and that care is a collaborative partnership. “Their Eden Alternative philosophy perfectly aligned with the care I thought people both needed and deserved.”

Never losing sight of these principles, Kiley continued her education to become a Registered Nurse, through which she could be a true partner in care and provide that care with love, compassion and dignity.

Being a nurse in the long term care industry is not without its challenges, but Kiley always returns to the philosophy of being a partner in care. “It is sometimes hard to ensure that you are helping the resident accomplish their own goals and desires for their quality of life,” Kiley said. “With the knowledge you have in nursing, it can be easy to tell people what you think they should do or what decisions you think they should make, versus supporting them in their own decisions and walking with them on their journey.”

When reflecting on the hardships experienced over the last year, Kiley agrees that nurses were heroic in their efforts and sacrifices. However, she also recognizes the heroism of older adults. “During their own time of isolation, bonds were formed between care partners and residents, wisdom and compassion was shared, resiliency was born,” shared Kiley.

In long term care nursing, which was already a highly-regulated industry pre-pandemic, residents became isolated. The care teams so committed in their partnerships with residents, in the interest of community safety, took on difficult new roles that involved telling residents what they can and cannot do and that “they know best” how to keep them safe, recognizing that isolation would also impact their lives, dignity and morale.

“They have lived through wars and suffering like we have never known, and the strength and resilience that they demonstrated and were able to share with us was inspiring,” said Kiley. With the help of the care teams, residents who are from generations that stay connected through face-to-face interactions adapted to a digital-only world. “Though it was a year of trials and sadness, wonderful things happened last year that defy expectations – it can mostly simply be described as human relationships, empathy and compassion. When trauma is suffered together, residents and care partners alike have come out stronger together in the end.”

Looking forward, Kiley returns to the greater meaning of her career as a nurse. “It is a humbling thing to be trusted to partner in care with somebody on their journey through life and health,” she says. “I am honored to be able to do this every single day with residents and their families. The experiences, the wisdom, the stories older adults have are life lessons that they get to impart on us – there is nothing else like it in the world.”