It all started with a flute. When Dixie Hanna was in 6th grade she began taking flute lessons and she attributes her dexterity with a needle to her fingering on the instrument. She learned to embroider first and then in 1974 she was inspired to learn needlepoint after viewing works of others. She enrolled in a class offered in a stitchery shop and the owner was so impressed with her work that she hired Dixie to work in the store which led her to remain there for 10 years. When that shop closed she was hired by another shop and taught there for 5 years.

During these years she was inspired to start a class to do needlepoint pieces for her church – St. Michael and All Angels Episcopal. She approached the priest, Father Walker, for his approval which was quickly granted as he was impressed by her introductory work, a bookmark for the Gospel Book. Dixie put out a notice to the congregation inviting anyone wishing to learn the art of needlepoint to join her class. While hoping at least a dozen would show interest, she was overwhelmed when 138 (men and women) signed up AND the list included Father Walker. Three artistic ladies assisted Dixie in teaching. One was especially gifted in design and another in making charts. These four worked closely with Father Walker as he directed them to portray many Biblical stories in their designs. Individually work was done at home, but as a class, they met once a week in the second-floor workroom stitching kneelers for the nave. Eventually, they completed kneelers for the chapel portraying Mary’s story and 16 more for the choir loft that have musical staffs and notes using Psalm 23. Additional kneelers were completed that surround the Altar portraying the communion sacraments. Next, chair covers were added, then frames around the Saints and pictures for the walls in Parish Hall. All of these designs were under the approval of Father Walker.

The needlepoint is done on a frame to keep it taut and it is closely monitored while in progress so mistakes may be corrected. The finished work is always perfect. Wool yarn is used and has endured over time, cleaning has not been necessary and no sign of wear has been noted. The pictures of angels in the Parish Hall were done with embroidery thread. These were stitched from purchased charts.

For her personal use, Dixie has made a nativity scene, has done needlepoint designs on numerous sweatshirts and has stitched some beautiful pictures that adorn the walls of her (and Dean’s) apartment. Some of these pictures are of Hopi Indians, a tribe that endeared themselves to her during her years growing up in Prescott, Arizona.

Clermont Park Life Plan Community’s Art Gallery has been graced by her works each season. Most recently her stuffed bear and cat have been on display. We’ll look forward to seeing more of her lovely stitchery.

Dixie claims she is not an artist but just embellishes what she sees.

An exhibition of the artwork was held at St. Michael and All Angels Church from December 31, 2015-January 3, 2016. Visotors were able to see and enjoy the labor of the many hands that depicted Scripture through needlepoint. Details to come. Those of you who have toured the church in the past will attest that it’s inspiring and delightful to see.

Clermont Park Implements New COVID-19 Regulations from CDPHE and Everyone is All Smiles! 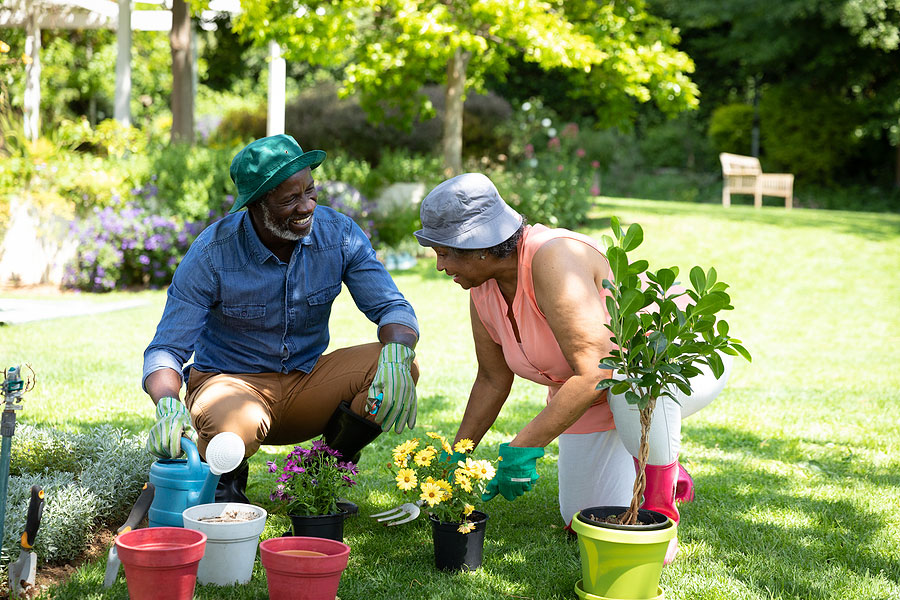